Join us to carry forward ancient knowledge for the stewardship of self and of the earth.

The Medicine Wheel is a process that Shamans have passed on orally since the beginning of time. Informing and enriching, the Medicine Wheel guides participants on personal healing journeys and re-connects them with nature.

Shamans practiced energy medicine for more than five thousand years, transmitting this knowledge from one generation to the next through an oral tradition.Healing methods used are a synthesis and interpretation of ancient healing practices.

Techniques for healing with spirit and light are my contemporary reinterpretation of ancient healing practices.

Shamanism is an ancient tradition that has been passed down orally for centuries. The practice of Shamanism has been around and used since the beginning of time. There use to be a time when people had a strong connection to the the Earth and to the Spirit of the Universe. All were connected and cherished in unity through ceremonies, dance and rituals.

Over the last few centuries, humanity has lost this connection that was once a natural rhythm of the world. As time begins to shift and people begin to awaken, the need for this connection is returning in a strong way as people are recognizing that their lives are not only physical but very much spiritual. We are embracing what was once becoming lost which is now returning.

Are you ready to reconnect once again with the natural realm because the Earth Mother has so much that she can teach us through her song and dance that we have taken for granted for so long. It is time to protect her beauty and embrace this Unity once again. 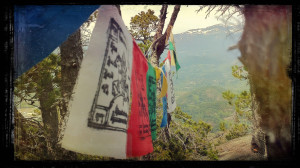 Answer the calling to live out your destiny in this lifetime

The Medicine Wheel will be held at The Yoga Studio in Squamish, BC